We leverage our wide-ranging backgrounds to give clients reach in all spheres of influence, from Congress and the Administration to state/local leaders and stakeholder advocacy groups. Our diverse team devises creative strategies to give our clients a seat at the table as federal policy decisions are made and executed in the nation’s capital.

Federal Lobbying · Our years of experience in Congress and previous presidential administrations have uniquely positioned us to engage with today’s White House, executive cabinet agencies, and Congressional leadership, committees, and caucuses. From the Congressional Progressive Caucus to the pro-business New Democrat Coalition, we work across the political spectrum of those setting the agenda in Washington. Our trusted relationship with the House and Senate TriCaucus – the Congressional Black Caucus (CBC), Congressional Hispanic Caucus (CHC), and Congressional Asian Pacific American Caucus (CAPAC) – enables our clients to develop and advance policy solutions that serve communities of color.

State Advocacy · By leveraging long-standing relationships with governors, mayors, other state and local elected officials, and their membership organizations, we enhance our advocacy efforts at the federal level.

Stakeholder Coalitions · We build coalitions with think tanks, civil rights and minority organizations, and center-left advocacy groups that are influential with the Biden Administration and Congressional Democrats. Whether we are working with groups representing the business community or advocating on behalf of progressive causes, our team provides a platform for our clients to connect with groups that share a common goal. We help align the missions of these stakeholder organizations with our clients’ goals to create mutually-beneficial policy outcomes.

We have decades of experience serving at the pinnacle of policy, politics and advocacy. Our strategists have held senior-level positions in Congress and presidential administrations. Our holistic view of the legislative and political processes allows us to effectively educate and advocate on behalf of our clients. 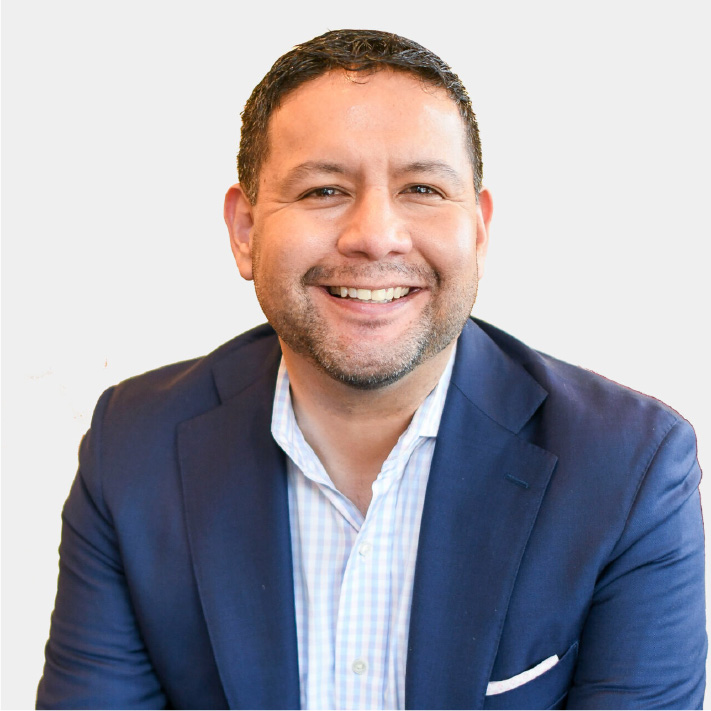 Oscar is a seasoned Democratic strategist with two decades of policy and political experience in senior roles on Capitol Hill, on national political campaigns, in the Obama Administration, and at other government relations firms. In the Obama Administration, Oscar served as a senior advisor to Secretary of Labor Hilda Solis. He spent seven years on Capitol Hill as chief of staff and legislative director for three members of Congress, including House Financial Services Oversight Subcommittee Chairman Al Green (D-TX-09). While on the Hill, he served as president of the Congressional Hispanic Staff Association. He also worked on the presidential campaigns of John Kerry in 2004 and Barack Obama in 2008 and served as a member of the Democratic National Committee and vice chair of the Maryland Democratic Party.

Oscar has been recognized as a “2020 Top Lobbyist” by the National Institute for Lobbying & Ethics, one of DC’s “Top Lobbyists” by The Hill, one of Washington’s “most influential movers and shakers under 40″ by Washington Life Magazine, and as one of the top “40 Under 40 Latinos in American Politics” by The Huffington Post. He also sits on the Democratic National Committee’s National Finance Committee. Oscar received a BA from Johns Hopkins University and a JD/MA from George Washington University. He is the father of two very smart dogs, Dug and Lucy. 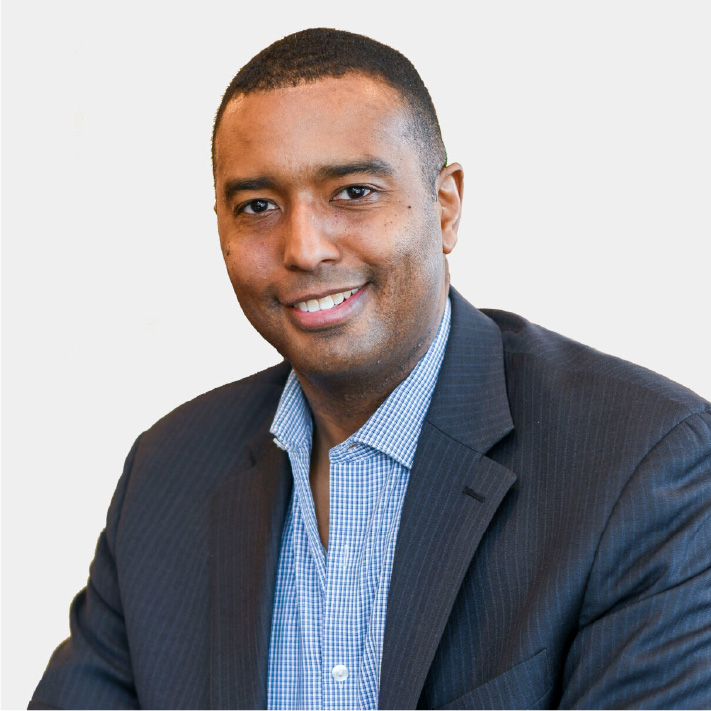 Dana has nearly two decades of federal and state government, as well as federal and state government relations, experience. He has developed strong connections on Capitol Hill as well as in governors’ offices, state agencies, mayoral offices, and advocacy organizations on both sides of the aisle. On the Hill, Dana served as legislative director and chief counsel to Financial Services Committee Chairwoman Maxine Waters (D-CA-43). He also served as chief of staff to Rep. Sheila Jackson Lee (D-TX-18). Dana was the first African-American to serve as director of a U.S. governor’s Washington, DC office. Under Governor Martin O’Malley (D-MD), Dana acted as the Governor’s key liaison to the National Governors Association and worked closely with the Maryland Congressional delegation, including House Majority Leader Steny Hoyer (D-MD), Senate Small Business Committee Chairman Ben Cardin (D-MD), Senator Chris Van Hollen (D-MD), and National Capital Region leaders in the District of Columbia and the Commonwealth of Virginia.

Dana has been recognized as one of DC’s “Top Lobbyists” by The Hill for the last two years and is a member of the Alpha Phi Alpha Fraternity, Gonzaga College High School, and Yale University alumni associations and the Smithsonian Anacostia Community Museum Advisory Board.

Dana received a BA from Yale University and a JD from Catholic University of America.

Sasha joined Fulcrum in January 2021 from the office of Rep. Suzan DelBene (D-WA), where she served as senior policy advisor handling a variety of technology, infrastructure, transportation, labor, and judiciary issues. Sasha was one of the lead House staffers on privacy issues, drafting the Congresswoman’s privacy bill that was endorsed by the New Democrat Coalition. Rep. DelBene is the incoming chair of the New Democrat Coalition and a member of the Ways and Means Committee.

Sasha previously worked for Senate Commerce Committee Chairwoman Maria Cantwell (D-WA). Prior to coming to Congress, she worked in the tech sector at various startups and at Amazon’s headquarters on the Amazon Business team.

Margaret comes to Fulcrum after having worked for Rep. Al Lawson (D-FL), an active member of the Financial Services Committee and New Democrat Coalition, where she served as his legislative director. She previously worked for Rep. Alma Adams (D-NC), who chairs the Education and Labor Subcommittee on Workforce Protections and also sits on the Financial Services Committee, as well as Senator Kirsten Gillibrand (D-NY).

While on the Hill, Margaret served as President of the Senate Black Legislative Staff Caucus. She is on the planning committee for African American Women on the Hill and serves on the Prince William Board of County Supervisors in Virginia.

Margaret received a BA from the University of Tennessee at Chattanooga and an MPA from Howard University.

Zack joined the Fulcrum team in November 2022 from the office of Rep. David Schweikert (R-AZ), where he served as Deputy Chief of Staff and managed a variety of policy areas over six years. Rep. Schweikert is a member on the House Ways and Means Committee and is the Ranking Member of the Social Security Subcommittee, and also serves as the Lead House Republican on Joint Economic Committee.

Prior to working in Congress, Zack worked as a Government Relations Specialist at the Dow Chemical Company covering trade issues. A native of Scottsdale, Arizona, he received a BA from American University and an MSC from The London School of Economics and Political Science.

Andrea Mares joined Fulcrum after spending over eight years working on Capitol Hill for Senator Martin Heinrich (D-NM), where she worked on several issues, including healthcare, housing, veterans’ affairs, and Indian Health Services. Senator Heinrich chairs the Senate Appropriations Committee Subcommittee on Military Construction and Veterans Affairs and is the vice chairman of the Joint Economic Committee. During her time with Senator Heinrich, Andrea helped advance the Cadillac Tax legislation and worked closely on issues surrounding rural health. Growing up in and working for New Mexico, Andrea has gained a unique understanding of the issues that large rural states face. 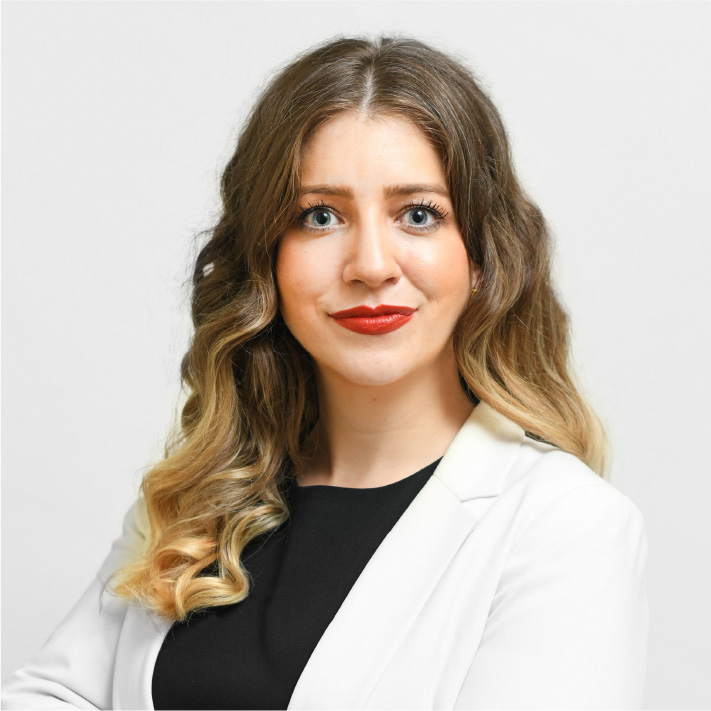 Sarah joined Fulcrum from the office of Rep. Derek Kilmer (D-WA), where she served as a legislative assistant handling a variety of education, appropriations, workforce, infrastructure, immigration, and judiciary issues. Sarah was one of the lead House staffers advocating for the expansion of Apprenticeships and Pre-Apprenticeships in Computer Science and Information Technology expanding traditional workforce training into the 21st Century. Sarah also authored the Youth Workforce Readiness Act leading the way for an expansion of afterschool learning programs through Workforce Innovation and Opportunity Act (WIOA) Reauthorization. Rep. Kilmer is the Chair Emeritus of the New Democrat Coalition and is a member of the House Appropriations Committee. Sarah previously worked for Rep. Josh Harder (D-CA) managing his work on the House Education and Labor Committee, and for Senate Health, Education, Labor, and Pensions (HELP) Committee Chair Patty Murray (D-WA). Senator Murray also chairs the Senate Appropriations Committee Labor, Health and Human Services, and Education Subcommittee. Prior to coming to Congress, Sarah worked for Senator Murray’s District Office in Seattle, WA, and on various state and local campaigns in Washington State. 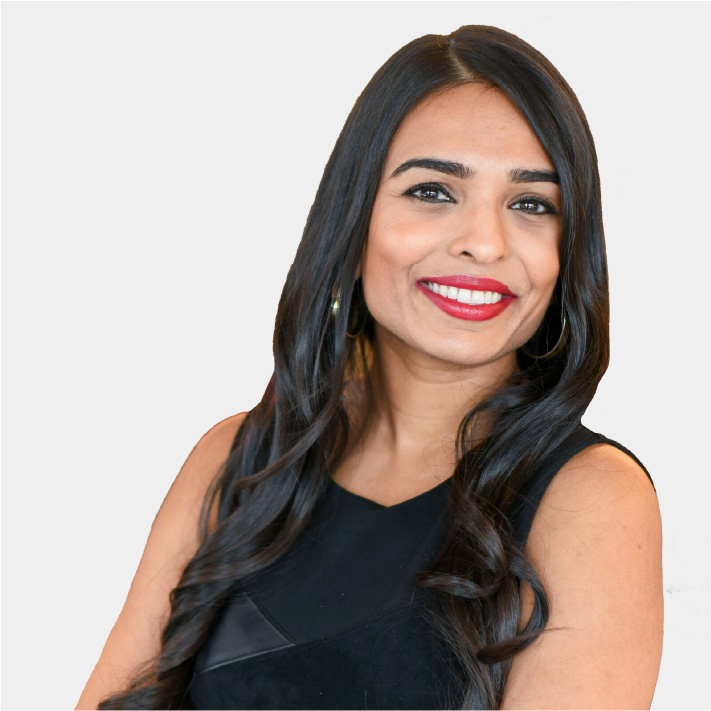 Miya brings a unique blend of experience in government, in the private sector and as a public interest lawyer to Fulcrum. Miya joined Fulcrum having served as counsel to Rep. Joe Neguse (D-CO), who holds leadership roles in the House Democrat Caucus as co-president of the freshman class and vice chair of the Congressional Progressive Caucus. Rep. Neguse also serves as vice chair of the Judiciary Committee Antitrust, Commercial and Administrative Law Subcommittee. Miya previously worked as counsel to Rep. John Delaney (D-MD) and as legal fellow in the House Financial Services Committee under Rep. Maxine Waters (D-CA).

Prior to working in Congress, Miya worked as a senior analyst at Goldman Sachs and as an immigration lawyer.

Miya received a BA from Florida State University and a JD from University of Miami School of Law.

Josie joined Fulcrum in February 2022 after serving as Counselor to Secretary Xavier Becerra of the U.S. Department of Health and Human Services. Previously, she worked for a decade in the U.S. House of Representatives and Senate. Previously, she served as deputy chief of staff and legislative director to Rep. Steven Horsford (D-NV-04), who is the 1st Vice Chair of the Congressional Black Caucus (CBC) and sits on the House Ways & Means Committee. Rep. Horsford also leads the CBC’s 100 days task force and engagement with the Biden-Harris Transition Team. Previously, Josie worked for Senator Tammy Duckworth (D-IL), who sits on the Senate Armed Services Committee and Commerce Committee, and Senate Judiciary Committee Chairman and Senate Democratic Whip Dick Durbin (D-IL).

Fulcrum offers small firm service with big firm capabilities. We work with some of the most prominent names in the tech, financial services and health care industries, along with leading nonprofits.

Get in touch with us: [email protected]